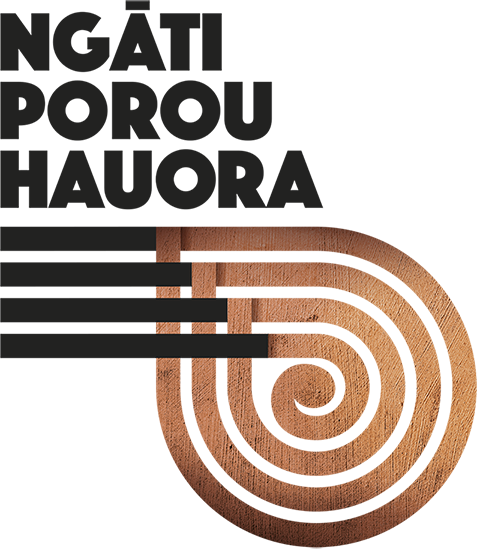 Introduction Gout is a severely debilitating inherited disease affecting 10-15% of Māori and Pacific men and 6% of European men. It is caused by too much urate in the blood. As urate builds up in the blood it forms crystals in the joints, which cause an immune reaction leading to inflammation (red, hot joints) and severe pain. Conditions related to gout include diabetes and kidney and heart disease. People with gout often develop two or more of these conditions. International updates A United States company (ArdeaBiosciences) has developed a new drug for gout, called Lesinurad. It works by increasing the amount of uric acid excreted in the mimi. This is different to allopurinol that works by slowing the production of uric acid in the blood. We hope that Lesinurad will be available in New Zealand in a few years. National updates Variations have been found in genes which produce proteins that control the amount of uric acid leaving the body via the mimi, and these variations are more common in Māori. This provides scientific-evidence for using alternative drugs that work in the kidneys to help remove this excess uric acid. These drugs (such as probenecid and benzbromarone) are used with people for whom allopurinol does not work well. Lesinurad (mentioned above) could also be a good option in the future. We know that some kai can trigger gout in some people who already have uric acid crystals.

To find out the role of some foods and drinks in urate levels we used United States data to calculate the role of diet compared to genes. Genes are overwhelmingly dominant in determining uric acid levels. With diet having such a small role this points to the importance of using allopurinol to lower uric acid levels to get rid of the gout. Local update, previous findings ABCG2. The biggest highlight was that the ABCG2 gene plays a strong role in gout by triggering the gout attack. This gene is interesting because its function is changed by a chemical called circumin that is found in the spice turmeric. We are now working with University of Auckland scientists to test if an existing drug can work on ABCG2 to stop gout, we have just got NZ Health Research Council funding for this work. We have found other genetic variants in this gene that are specific to Māori, but these variants are very rare. ABCC4. We have also found a version of another gene (‘ABCC4’) that is involved in making the urate high by getting rid of less uric acid in the mimi. This version is found in Māori and Pacific people, but not in Pākehā. It is part of the explanation as to why uric acid is naturally higher in Māori and Pacific men. LRP2 (megalin). This gene plays a role in gout in Tairāwhiti, and in other Māori and Pacific Island people in Aotearoa NZ. What is very interesting about LRP2 is that its genetic function is over-ridden by alcohol drinking. There is one variation of the gene that decreases the chances of gout by about a quarter.

This version is present in 1 in 8 of Māori in Tairāwhiti. When a person with this version drinks any alcohol their chance of gout is about 4.5 times higher than someone with this version who does not drink. We do not know what the megalin gene does in the body, but it may be involved in getting rid of uric acid in the mimi. Tomatoes. We found that tomatoes play a role in triggering gout in some people. This confirms what people with gout in Tairāwhiti have been telling us. How tomatoes do this is not yet known, but probably tomatoes trigger gout in some people when their uric acid level is already high and the crystals are there. There is no need to avoid tomatoes if they don’t cause your gout. The best way to stop gout is getting the uric acid low with the drug allopurinol. Sugary drinks. We found that people with gout were drinking less sugary drinks, meaning that the message about people with gout not drinking sugary drinks works in Tairāwhiti. Interestingly there were also less gout attacks. And we found that people with gout who do drink sugary drinks have higher uric acid. Local update, new findings CREBRF. The recent exciting finding is the CREBRF gene. A specific change in this gene, found only in people of Māori and Pacific ancestry, causes weight to increase. But, at the same time, it protects from diabetes. This tells us that some causes of obesity and diabetes are different in Māori than other populations.

We think that increased muscle mass in Māori combined with good fat is behind this apparent paradox. With the Maurice Wilkins Centre (a national research centre based in Auckland) we are proposing more local research to understand this. (If you are wondering, this CREBRF gene may also control urate levels. We will explore this.) Mitochondria. The other finding we have relates to the energy powerhouses in your body, the mitochondria. There are dozens of these in your body and they convert the energy from your kai (e.g. glucose and fats) to the energy that your body actually uses (‘ATP’). We have found that part of the cause of gout is when the mitochondria get stressed – this helps trigger off the gout attack. We do not yet know exactly how the mitochondria get stressed. We also hope to explore this in the next phases of the study. What does this mean for improving health care? What does mean for improving how we prevent and manage both the gout, and the other related conditions? We are now considering how whānau and doctors & nurses can use this precise information - about the ways genes work with your kai, and with the drugs used to treat gout (e.g. allopurinol) – to better treat and prevent these conditions. We look forward to discussing and receiving your feedback on some of these possibilities in community hui and related meetings. Key messages about Gout 1. Hit the target <0.36 uric acid levels in your blood to avoid a gout attack. 2. Your gout is not ‘cured’ even if the pain goes away. Take your medication EVERY DAY. 3. Your genes play an important role in gout, not just your kai. 4. Drinks lots of water, milk isgood too. And avoid sugary drinks and food. Thanks and acknowledgements We recognise the commitment of many people in the successful continuation of this project and take this opportunity to thank the people who have participated and the research team, including technical staff, for taking care of and processing participants’ gifted samples. We also thank the funding bodies that recognise gout as an important disease to be researched and better understood, managed and treated in Tairāwhiti. The Health Research Council of New Zealand has been the major funder, with funding also coming from Lottery Health, the University of Otago and the Heart Foundation of New Zealand.